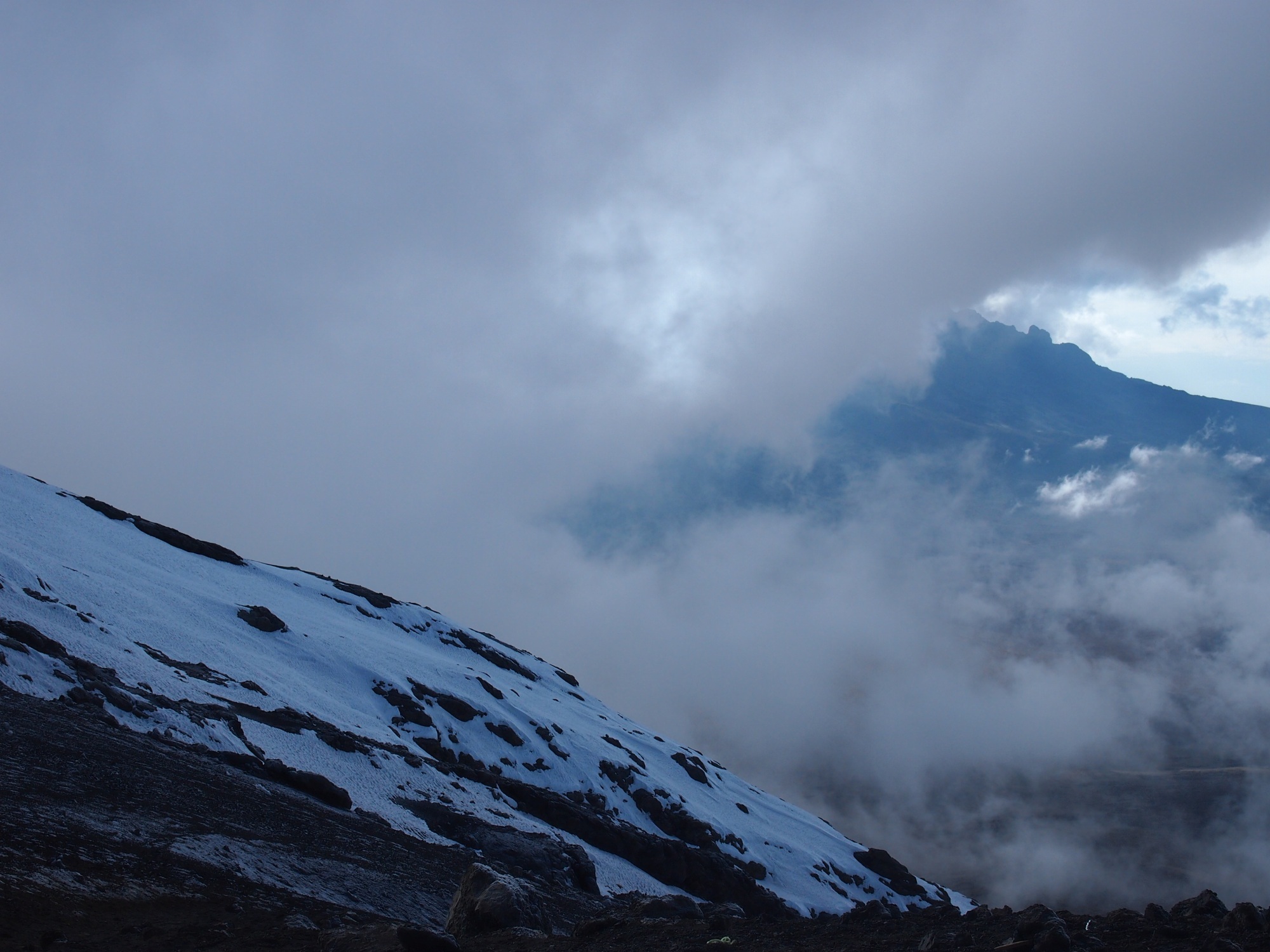 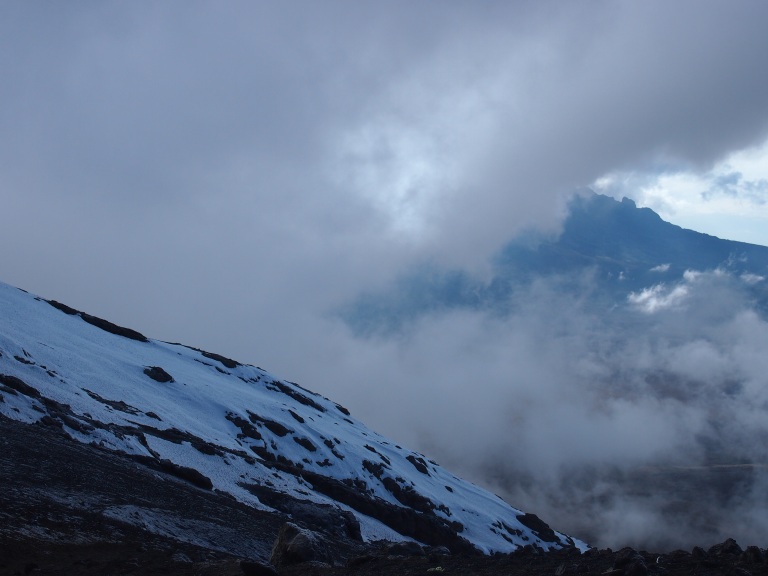 Admittedly, I’m a little light-headed through lack of oxygen here at Gilman’s Point on Kilimanjaro’s crater rim, 5,795 metres above sea level. But this white world of dramatic glaciers, icy pillars and vast frozen lakes high up above the clouds is like another realm.

For six hours we’ve trekked in the freezing pitch black, zigzagging up the vertical gravel face of the mountain, then clambering over rocks, lashed by Arctic wind.

A few of the climbers that had charged ahead of us were led back down, struggling from the physical exertion and the altitude.

Then, at about 5,000 metres, the altitude hit me, squeezing the air from my lungs. I started to panic, but that only made things worse.

We stopped to refuel and Tim and Dr Beks calmed me down with a mug of hot sugary black tea and some deep breathing.

But each breath remained an ordeal. I fell back with Kristen and Mary, and we’ve been taking it super pole pole, taking regular pauses and blasts off a ventilin inhaler to give our overworked organs a break.

We pause gasping at Gilman’s, relieved to have made it this far. But we still have another two hours to go until we get to Uhuru Peak, the mountain’s summit at a mighty 5,895 metres. This is Africa’s highest peak – the world’s tallest free-standing mountain. Of all those crazy enough to attempt to reach the top, only two thirds are said to get there.

“Let’s keep moving,” our guide Peter urges. If we stay still for too long, we will go the same way as our supplies. My toes are already starting to feel a little numb.

Thankfully, the sun is now creeping through the clouds and we can see the crater rim arcing away from us into the distance.

We’re determined not to let Kili get the better of us.

We set off at a snail’s pace, Peter and Mooba coaxing us along with words of encouragement.

We spot the remainder of the group heading back down from the summit, frosted and pink-cheeked . It’s great to see them all, buzzing on their fresh achievement, but it’s also a little demoralising – we’re still not there! Tears spring up in my eyes, but Peter spots them and firmly tells me not to give in to them.

Climbers coming towards us urge us on – “you’re so nearly there, keep going!”

They’re trying to be nice, but it’s not helping.

We huff, we puff and keep putting one foot in front of the other.

Tiny ice specks have settled on our eyelashes, our breath has frozen on the scarves that cover our mouths, our cheeks are raw.

When we finally spot the famous green sign that marks the end of our journey, we are numb with cold and exhaustion.

It’s hard to comprehend or even care that we’ve actually made it. We’re standing on top of Kilimanjaro.

We try to muster up enough energy to get that all important summit shot with obligatory jump.

I take a sip from my water bladder, but it has frozen solid. I try my luck with a cereal bar but that too is rock hard.

A group of American kids pose in front of the sign bare-chested, flexing their muscles. We silently watch, bemused but also relieved that nobody takes up the challenge to drop their drawers.

The finally, it’s our turn. One, two, three, JUMP!

Kristen gets some impressive air, but Mary and I hardly make it off the ground.

It’s now eight hours since we left Kibo Camp, but it seems like a lifetime.

We’ve made it to the top, but now the reality of the situation sinks in – we still need to get back down.

All in all, it’s a ten hour roundtrip back to Kibo Camp, but that’s not the end of our journeying today. We’ll have 45 minutes of kip in our tents, followed by a well-deserved lunch, then we’ll be setting off again.

A four hour trek along the easier Marangu route, aka the Coca Cola route, will get us to our next campsite.