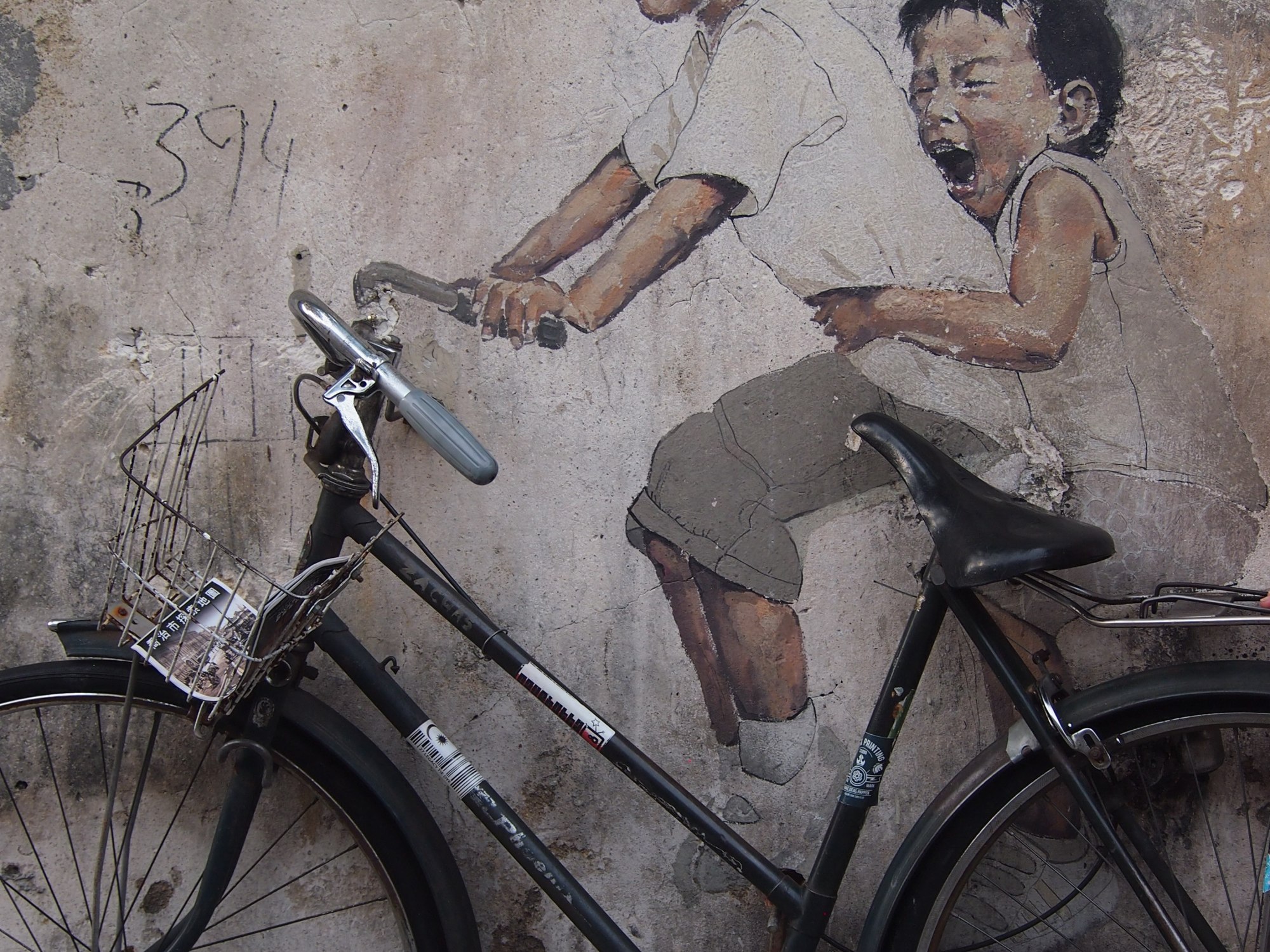 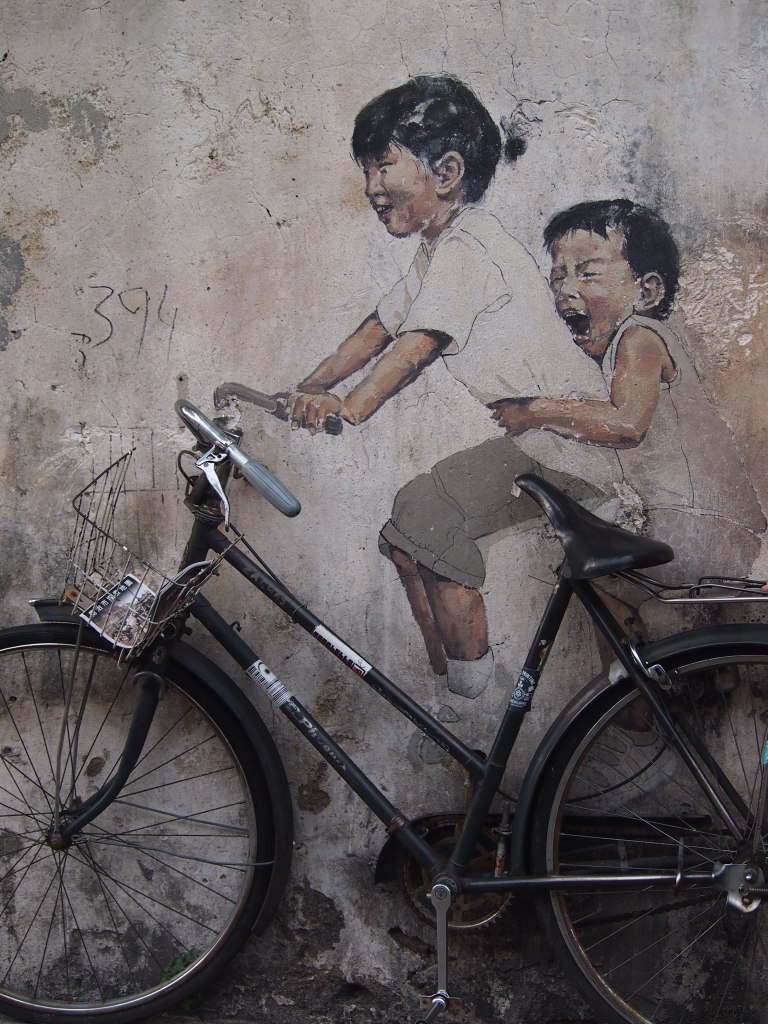 Each Saturday night, the grey cobble stones of Armenian Street in Penang’s George Town heave with market-goers of all ages as colourful market stalls unfurl along its length selling everything from beaded earrings to pungent durian ices. The jumble of wares further brightens the strip of crumbling colonial terraces that is already decorated with vibrant murals and hanging steel rod caricatures. In the background, buskers take it in turns to provide the entertainment bashing beats on drum kits recycled from old food cannisters.

Founded by the British in 1786, 500 years of trading and cultural exchanges between the east and west have infused George Town with a unique multicultural heritage. Lebuh Armenian, one of its oldest streets, is now also the heart of an artsy renaissance that is changing the face of the city.

Here you will find the quirky murals of Penang-based Lithuanian artist Ernest Zacharevic, who came to fame during the 2012 George Town Festival even though the streets of the city bore his artworks before then.  There are also the 52 Sculpture at Work steel caricatures, commissioned as part of the state government’s art challenge Marking George Town in 2009. Depicting the daily life of “Penang-ites”, inspiration was taken from the unique stories of George Town’s bustling streets.

We take a break from snapping the sights to cool off with a frosty beer at the somewhat unexpected Edelweiss Cafe – Penang’s only Swiss restaurant and one of its first heritage buildings to be overhauled. Its serves up fondues and rostis with its once dilapidated interior now beautifully restored with polished dark wood and cuckoo clocks.

Around the corner, we find another quirkily restored heritage building, China House. This traditional compound of three heritage buildings is linked by an open air courtyard and converted into 14 spaces comprising shops, cafes, restaurant, galleries, live music, a bakery and with free wifi.

Granted World Heritage status in 2007, history is cemented into the bricks of this city. But it’s no museum – rather a vibrant slice of old meets new where a quirky new face is looking to the future. 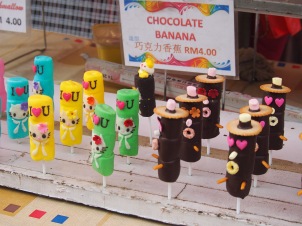 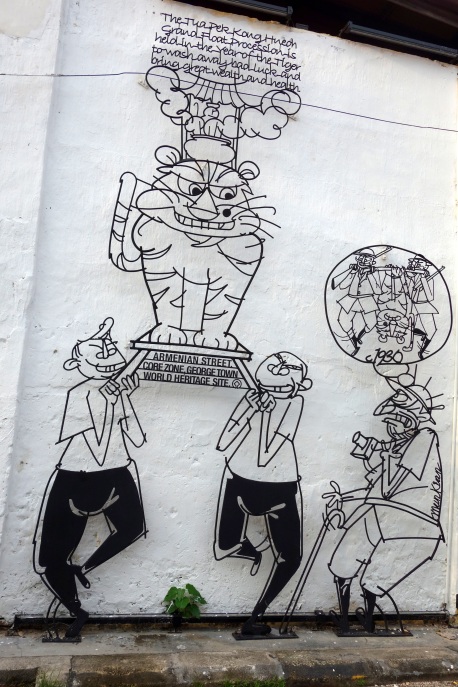 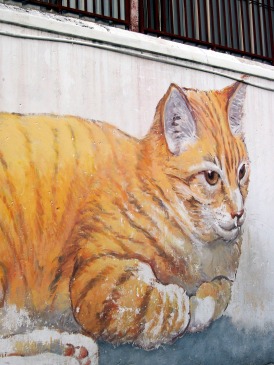 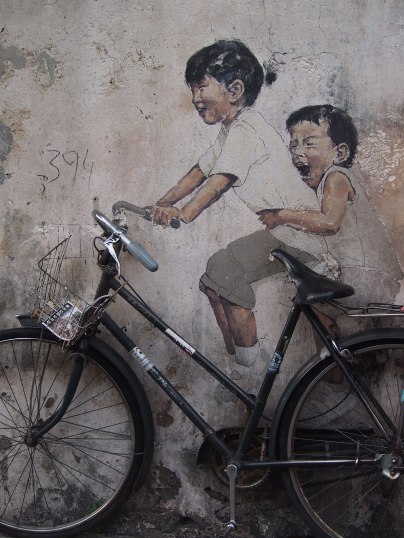