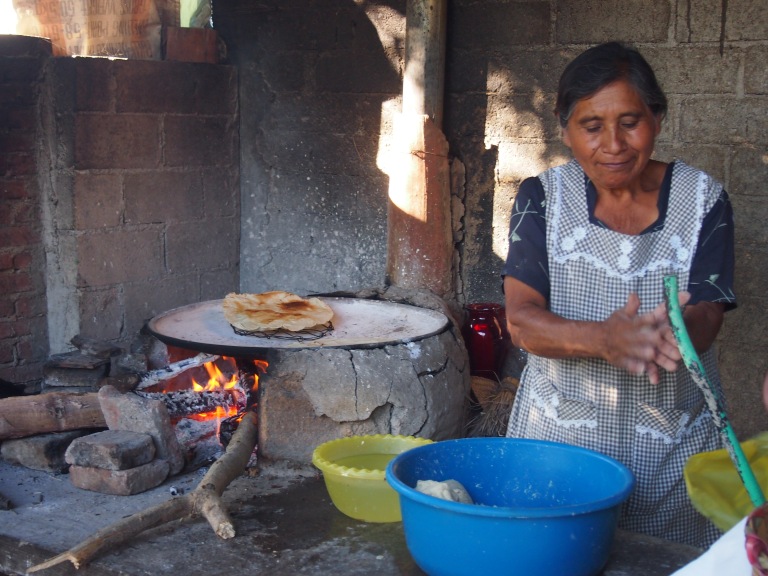 These are the tastiest tacos in town, Silvia tells us with pride as she piles our plates high with fried peppers and black bean-speckled rice served with a steaming side helping of freshly made tortillas which we gratefully parcel into our mouths.

This simple taqueria in Santo Domingo Tomaltapec, a small village just outside the Mexican city of Oaxaca, is the result of Silvia’s determination combined with the assistance of micro-finance scheme Fundacion En Via.

Founded in 2008, En Via aims to empower women in the villages with interest-free loans and business coaching. To participate in the scheme, the women must form groups of three to provide each other with the necessary support to ensure the repayments are made over a 10-week period. To date, the organisation has given out over 1500 loans to almost 400 women.

But this is no loan shark operation. If, for any reason, the women can’t meet one of the repayments, a revised payment scheme is settled in order to ensure they remain on track.

The loans themselves, which range from U$100 ($106) to US$250 ($266), are raised through responsible tourism activities, with En Via working hard to lure travellers beyond the pretty pastel coloured streets of colonial Oaxaca, to explore the surrounding towns on a day tour with a twist.

Once they venture beyond the city, they’ll find that tacos, tupperware, tortillas and textiles are just some of the enterprises that are thriving in areas which offer a rich culture, history and backdrop of their own. Here are the stories of some of Oaxaca’s most entrepreneurial women.

Silvia’s taqueria is most renowned for her tacos made with the tender meat from a roasted pig’s head. The popularity of her speciality dish helped her business survive when she decided to hike the cost of her tacos from five pesos (40c) to six (50c) – an idea she came up with as a result of the business classes that also form part of the En Via program.

The customers kept coming, and the small cafe, just a short stroll from the church and the central market, has now become something of a hub for the locals. With one of her loans, Silvia managed to buy a new kitchen bench with a heated element, and she has plans to buy a table with the next one to open up her shop to more customers.

It may seem an unlikely place to stock up on storage containers, but Teresa’s house on the outskirts of the village is a treasure trove of tupperware in all shapes and sizes. She shows us her vast collection which she buys in bulk using her En Via microloan.

It’s a relatively new venture for business-minded Teresa who turned her hand to a number of other ventures before settling on this one. But she is hopeful that it will do well, particularly because her prices are competitive.

Bizarrely, the sight of a jelly mould inspires a few among our group to reach for their wallets. 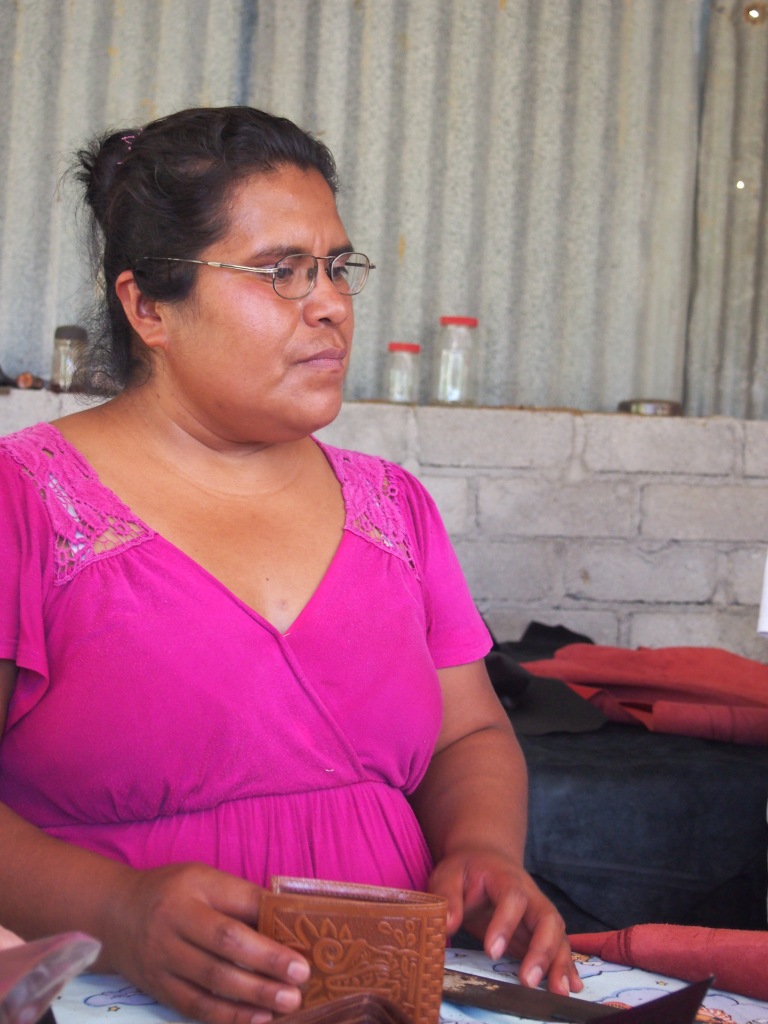 Next we meet Claudia, a soft-spoken lady who has a leather product business that she runs with her husband Pedro. They have used the En Via microloans to buy huge sheets of leather in several colours, and the machinery required to shape it.

In the small workshop to the rear of their house, they cut patterns in the tanned hyde, then assemble the pieces into intricately embossed wallets, purses and belts – occasionally distracted by their two boisterous daughters.

The couple dreams of setting up their own shop in Oaxaca or Guanahuato to sell the goods which they proudly declare are better than many of the leather items they see sold in several of the city’s shops. 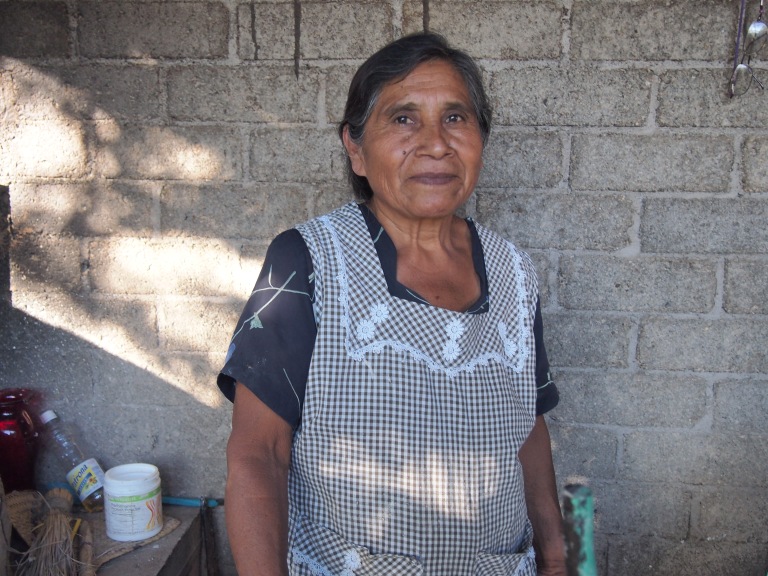 What is already a long day feels even longer over the intense heat of her stove, but Juana perseveres in order to carefully create towering piles of perfectly round tortillas made from corn bought using her En Via loan. She sells the finished stash to her sister who makes them into tlayudas – a popular crunchy snack with a variety of fillings – which she then serves at her own food business in town.

Juana uses the money she earns to support the four people in her family after an accident left her husband unable to work 30 years ago. She invites us to try our hand at making our own tortillas, but, failing miserably, we end up snacking on ones made by her defter hand.

In the village of Teotitlán del Valle, these three sisters spin their own yarn, dye it using natural plant extracts and then weave it into carpets, ponchos and blankets.

Josefina, Lucila and Silvia enthusiastically demonstrate the entire process to us in the pretty courtyard where they do most of their work, with a little help from their mother. Although elderly, she is surprisingly strong – rapidly combing out a bundle of cotton using two sturdy brushes before inviting us to have a try.

The sisters sell their merchandise in a variety of ways – sometimes at a stall in the artisan market in the centre of the town where tourists come to buy souvenirs and sometimes in a small store in town that they rent during the peak holiday period.

When times are tough, they were forced to sell their tapetes to larger vendors at very low prices, but the En Via loans mean that they no longer have to do this. 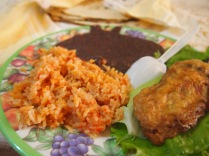 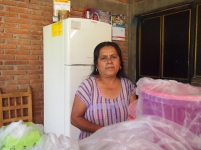 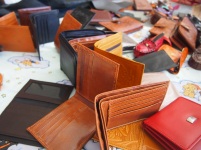 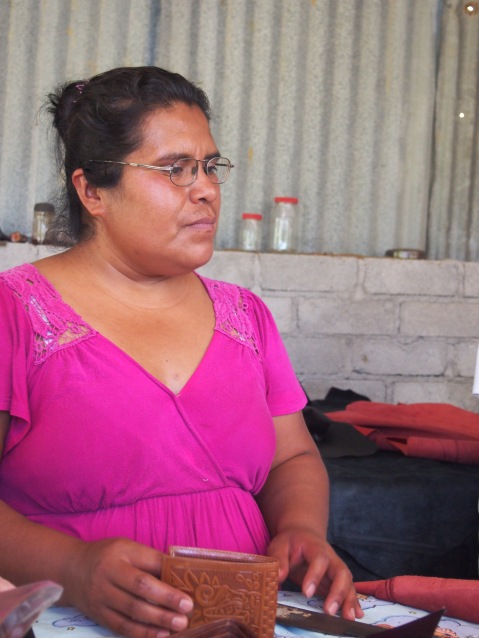 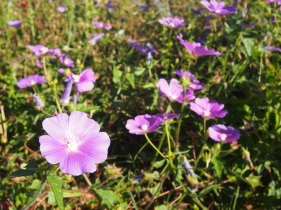 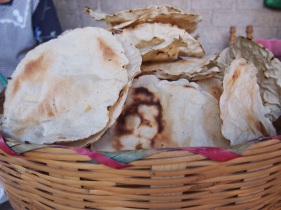 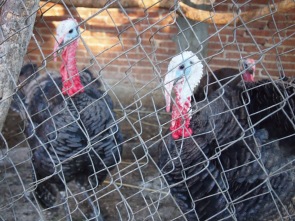 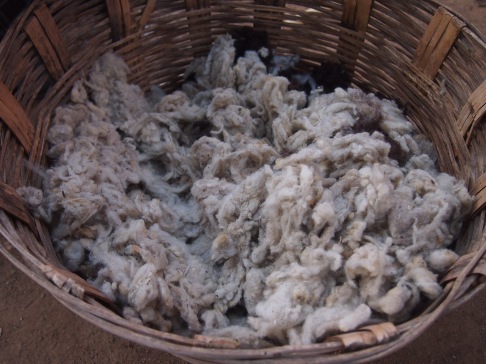 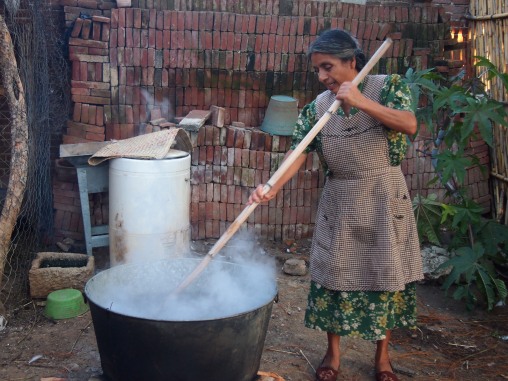 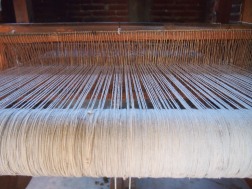